The Secret Lives of Game Masters

The Secret Lives of Game Masters 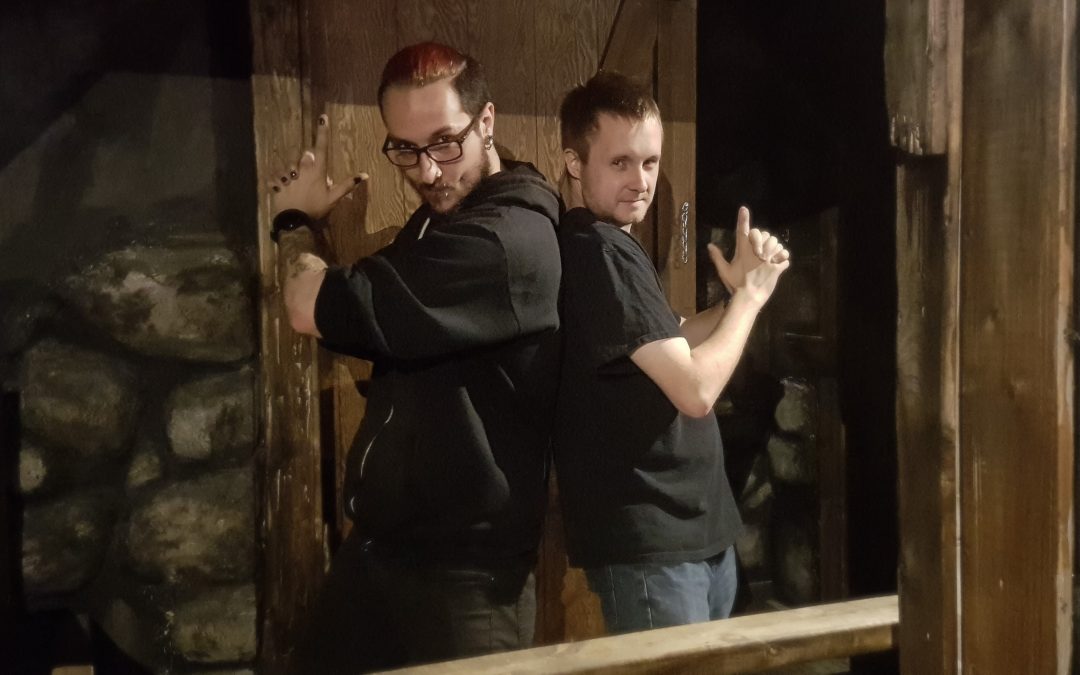 Imagine Game Masters having a secret society; they have their own language, their own culture, they have an unspoken understanding. Everything you just imagined is the exact opposite of what it’s like to work as a Game Master! A lot of people ask us questions about what it’s like to work at an escape room facility, and we’d be lying if we said it isn’t fun. It absolutely is fun. It’s a blast! But it’s much less clandestine and mystical than you might imagine.

Every business has its jargon, a unique language that is understood by everyone in that industry, and escape rooms are no exception. That being said, there’s nothing especially enigmatic about the way Game Masters communicate. They, like everyone else, want to communicate in the most efficient way possible. Our short-form communication is often comprised of half-words and convoluted inside jokes. What kind of inside jokes? Well, we have one co-worker nicknamed Shimmy because of a weird dance he did. You get the picture.

Another question we get asked a lot is if watching the cameras is funny. We are sad to report that it isn’t. If you ask our Game Masters they will tell you that staring at the same six rooms all day can get kind of stale. Sure, funny things can happen; but to be very honest, most of the funny things that happen are caused by our staff. But more on that later. When we aren’t briefing you into your game or answering your questions at the end, we are staring at security footage. It’s small, grainy, and in black and white, it’s hard to see anything. We really are just watching for safety.

I can hear you protesting, but you said being a Game Master is fun! This sounds dull! You’re right, it kinda does, but we promise that there are perks. For example, Game Masters get to look for lost items once games are over. They don’t get to keep any, not even change (we donate that), but they get to check and make sure nothing is left. Ok, maybe that doesn’t sound too great. We also spend a lot of time scaring each other and that never gets old! In fact, the best part of those security cameras is watching our team members sneak and terrify one another. Honestly, that’s the best part of being a Game Master.

We are available during the day to accommodate corporate events.

© escapegames.ca is owned and operated by VS ENTERTAINMENT INC.